This was much harder than it should’ve been.

Visual Studio offers an excellent Android emulator. It runs at native x86 on Microsoft’s Hyper-V platform, so it’s speedy and plays nice with other Hyper-V VMs and Windows Phone emulators.

Getting it to work was a bit tricky, though.

First off, after installing I noticed that Lollipop VMs (API versions 21 and 22) just plain didn’t boot. They would just hang at the “OS Starting…” screen until the emulator would finally timeout with an error. Looking at the VM through the Hyper-V console itself would reveal the error failed to read from /dev/hw_random which was fairly cryptic.

It was only after searching the web a little bit that I came across the solution:

After toggling this option, the emulator started very quickly.

VMs Don’t Show Up in ADB

After successfully booting the VMs, I had trouble getting them to show up in ADB so that I could deploy to them. Turns out that the VS Android Emulator looks to a registry key to determine where your Android SDK is installed, as mentioned in the troubleshooting document.

This key didn’t exist on my machine (perhaps it was removed from whatever SDK ships with Android Studio 2 Preview). After adding it and restarting my VM, it showed up in ADB and I was able to deploy to it. Joy! 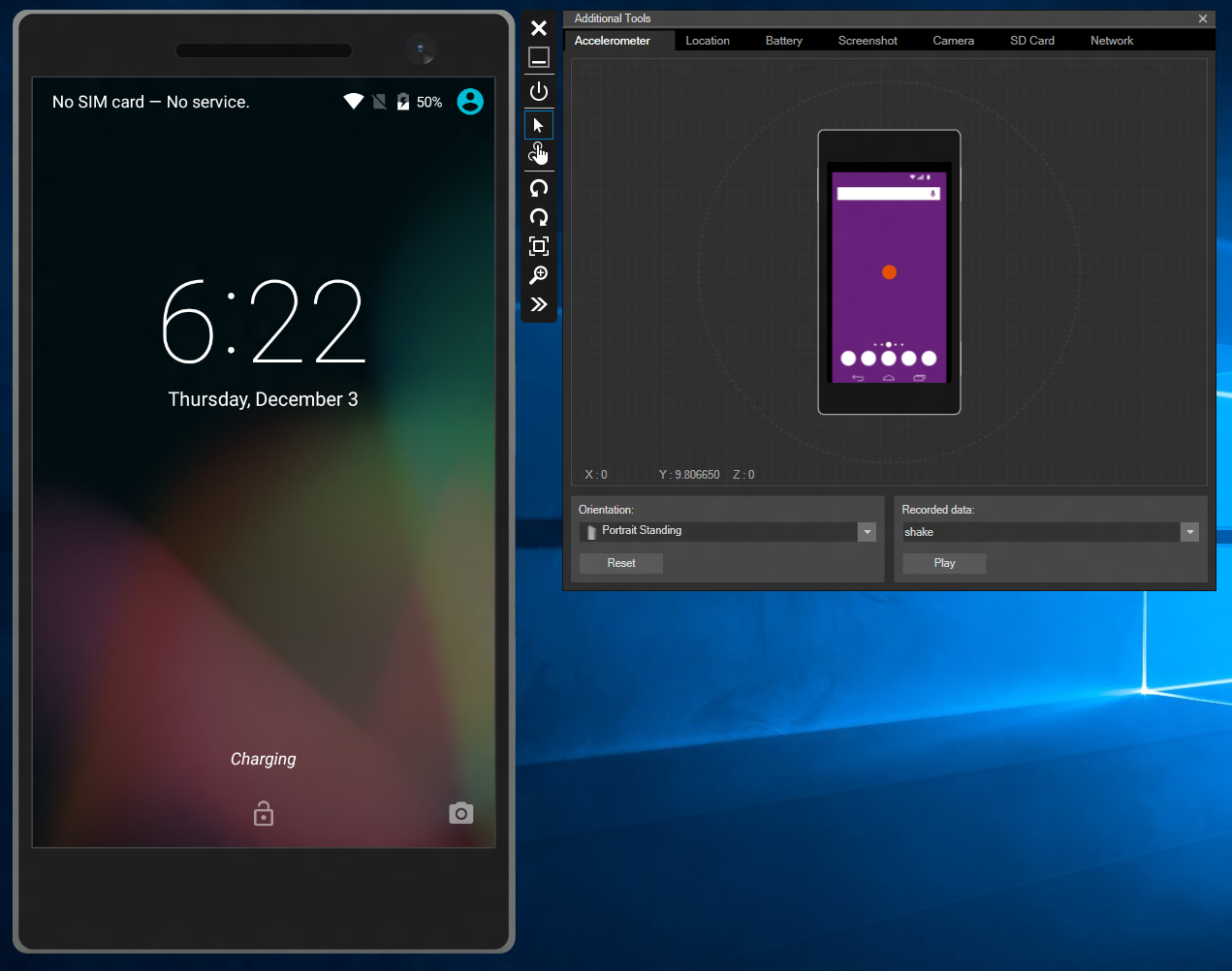